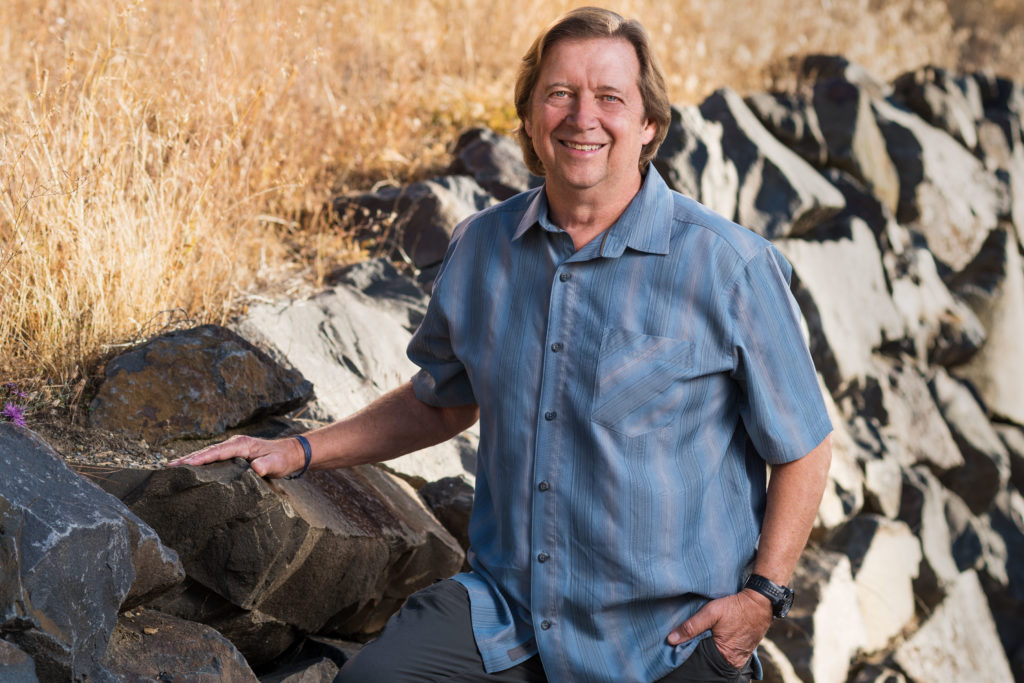 Rick earned his bachelor of science in systems engineering from Wright State University in 1972. He worked as an engineer in both private industry and as part of the USAF civil service. Rick’s graduate studies at Wright State University, the Massachusetts Institute of Technology, and the University of Illinois culminated in a PhD in mechanical engineering specializing in human factors. For four years Rick was the human factors engineering program director at Wright State University, where he held joint faculty appointments in both the College of Engineering and the School of Professional Psychology. In 1984 he accepted a faculty position at the University of Idaho, where he co-founded the Human Factors Graduate Program in 1986 and retired in 2002 as full professor of mechanical engineering and adjunct professor of psychology. Rick founded ACS in 1983, and has been retained on more than 3,000 cases around the world. 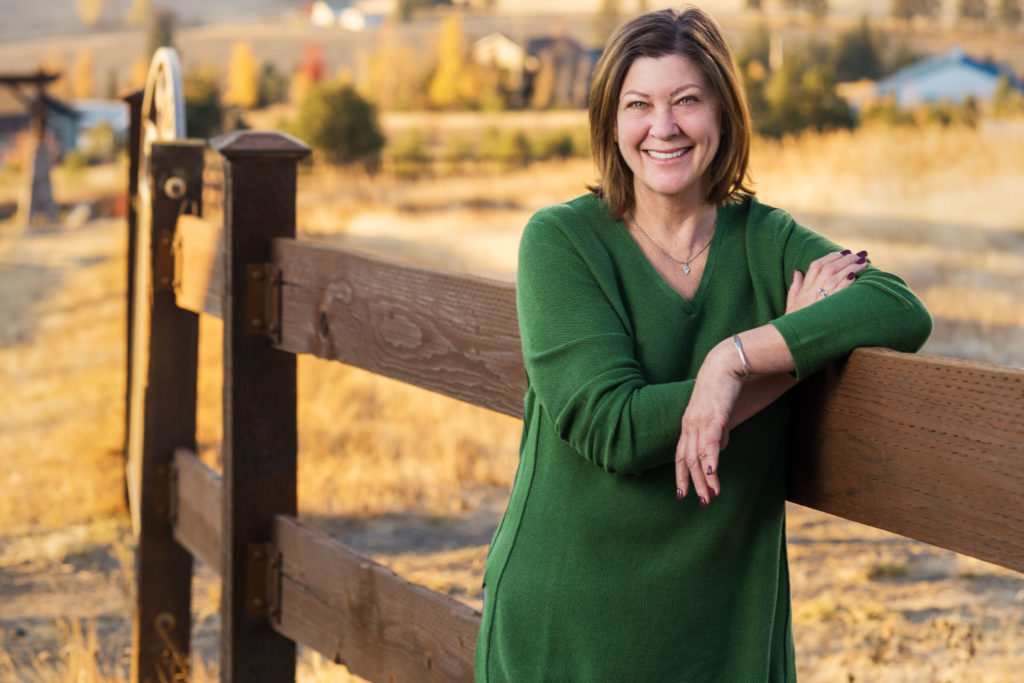 Born in Ohio and raised in Kentucky, Joellen attended Georgia Tech and Wright State Universities for her undergraduate work, earning a BS in human factors engineering in 1979. Her nearly four-decade career includes 15 years in aerospace and national defense industries as a human factors engineer specializing in safety and risk management. Joellen started part time at ACS in 1994 after completing a master’s degree in engineering, accepted a full-time position in 2005, then, after obtaining certification as a Human Factors Professional, was lead engineer on her first case just a year later. Joellen is also a licensed tribometrist and a Certified Safety Professional. 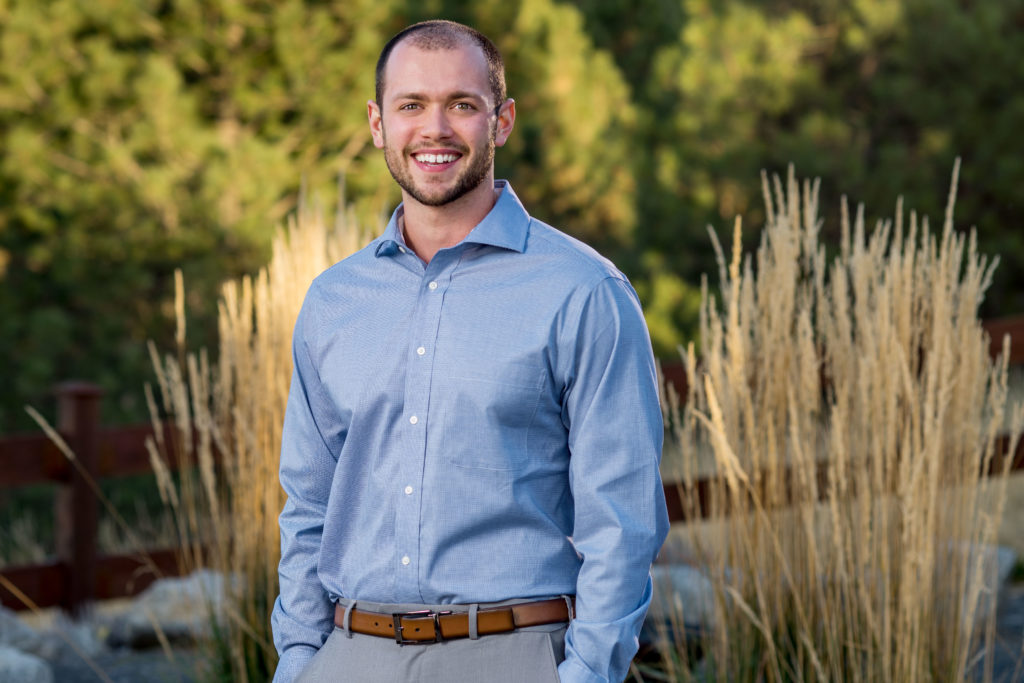 A Spokane native, Levi earned a bachelor’s degree in technology-manufacturing option through the Department of Engineering at Eastern Washington University. During his senior year, he was awarded an internship at ACS, where founder Dr. Rick Gill served as his mentor; following graduation, he joined the company and became a Certified XL Tribometrist and an Associate Safety Professional. In 2016, Levi was admitted to the human factors/ergonomics master’s program in the Department of Industrial & Systems Engineering at San Jose State University. His research focus was twofold: fall at elevation accidents (slips and trips) and stairway falls. He completed his studies in 2018 – still working full-time at ACS – and graduated with a 4.0 GPA. At ACS, Levi conducts research in human factors and safety and risk management, evaluates safety information and warnings/disclaimers for consumer products, and consults as an expert witness in human factors/safety and risk management for personal injury lawsuits in litigation. 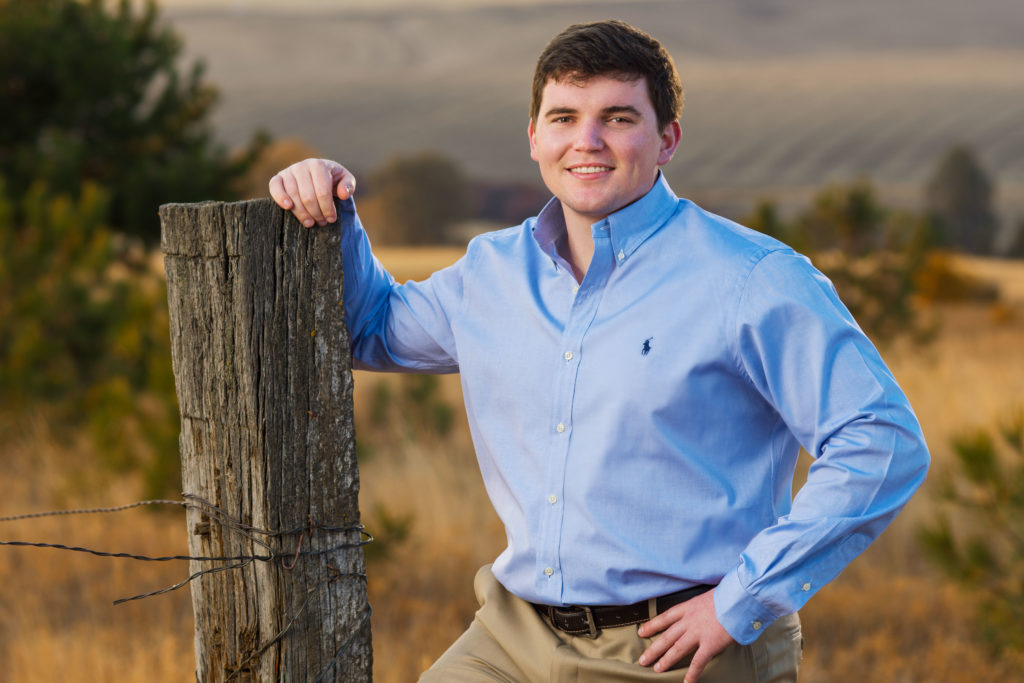 Originally from Dallas, Hunter grew up in Tupelo, Mississippi. He earned a bachelor of science in exercise science at Ole Miss, then a master of science in exercise physiology with an emphasis in biomechanics at Mississippi State University, where his research was focused on motion capture, balance, muscle activity, and slips. Hunter continued his studies at MSU, earning a PhD in industrial and systems engineering (with an emphasis in human factors and ergonomics) while conducting further research in semi-soft exoskeleton use in industry, unmanned aircraft system control station design, workstation design, physical fatigue, cognitive fatigue, posture, and discomfort. He accepted a position at ACS in 2018.

Scot graduated summa cum laude from Transylvania University, majoring in physics and mathematics and minoring in computer science. He then earned two master’s degrees from the University of Kentucky, one in physics, the other in science education. During a 25-year career teaching physics courses, Scot earned a number of prestigious honors, including the Presidential Award for Excellence in Science Education, while working on several projects funded by the National Science Foundation and presenting at workshops and conferences around the country. Combining a broad physics background with an award-winning teaching career has enabled Scot to not only model complex phenomenon and perform calculations for a wide variety of scenarios, but also explain the science in real-world terms that laypeople can understand. What’s more, he has an uncanny knack for identifying common misconceptions and misapplications of physics principles – as well as unrealistic assumptions. 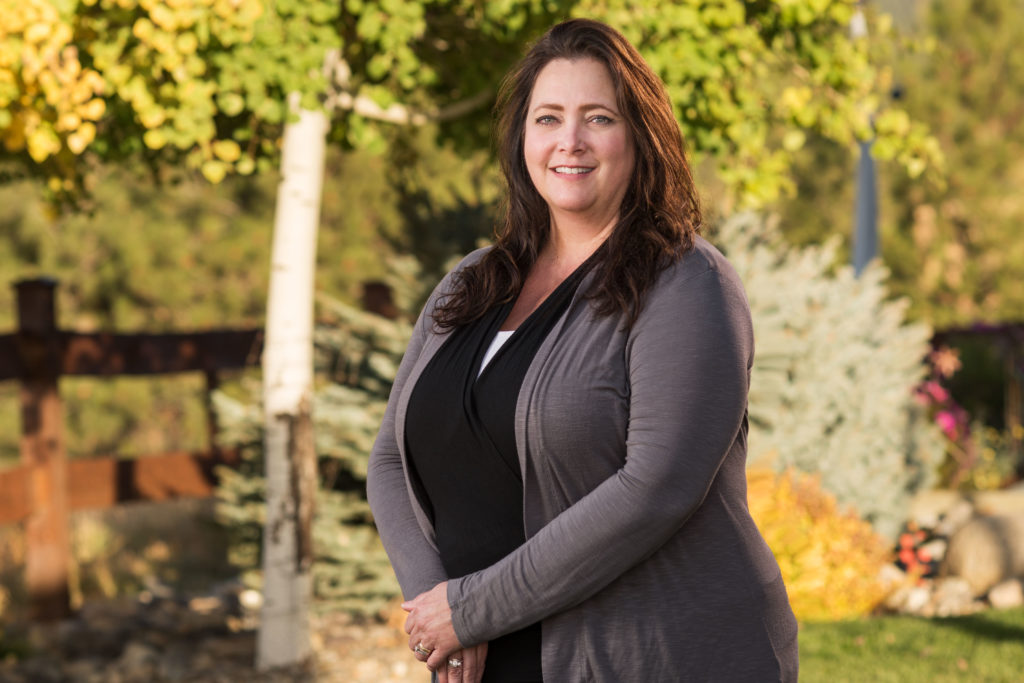 Though she was raised in Spokane, Kristi is originally from Southern California. She spent 23 years in the medical and dental insurance industry – most of which as manager of claims, training, and quality assurance departments implementing processing and auditing guidelines for the underwriting, billing, and claims divisions. She also led teams on legal and compliance issues, case management, and writing, as well as developing policy procedures and protocols. Kristi served six years as a practice manager for multiple doctor’s offices overseeing staff and operations – and, for a decade, volunteered as treasurer for a church and preschool, where she handled accounts payable. 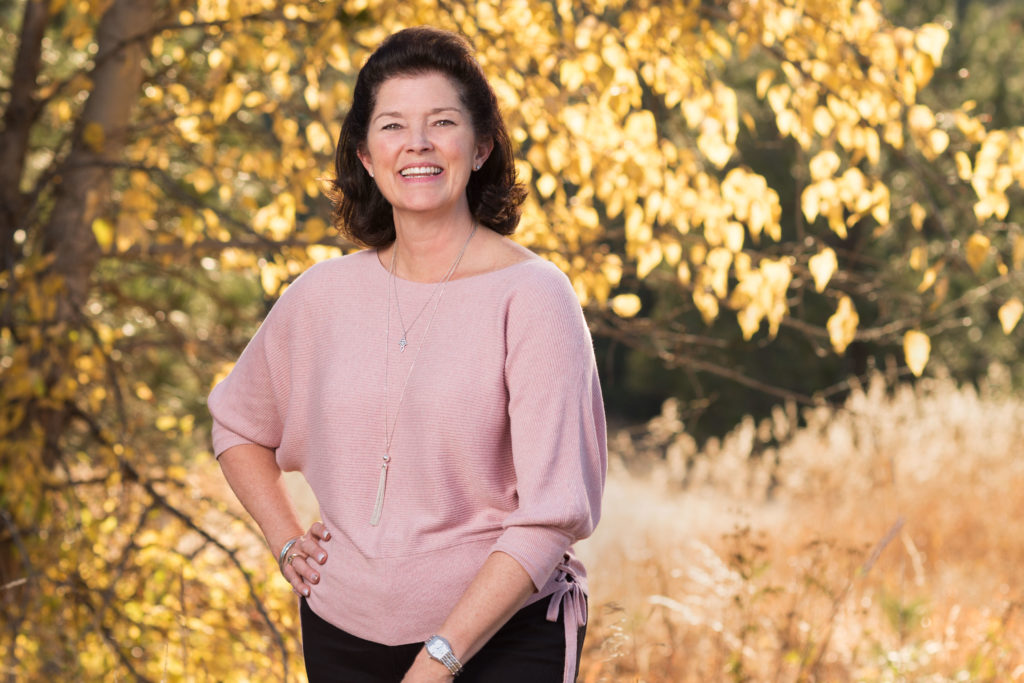 Kelly grew up in Tupelo, Mississippi, attended Ole Miss, and graduated from University of Mississippi Medical Center with a BSN in 1985. During her 34-year career as an RN, she spent 18 years as a trauma care/emergency medicine nurse with emphasis on both emergent/non-emergent trauma and medical patients, as well as triage RN in disaster situations; two years as an operating room nurse serving as a circulator and first assistant to surgeons; and 10 years at a high school, where she was instrumental not only in obtaining Automated External Defibrillators, but also in developing and training an AED responder team. Kelly continues to stay active as a nurse, volunteering as an RN for YMCA summer camps and the Iron Man Triathlon, and as team medic for elementary and middle school football teams. Outside of her clinical practice, she serves as a Critical Incident Response Representative for the Airline Pilots Association. A part of the ACS team since 2014, Kelly provides triage for the office, caseloads, and co-workers. 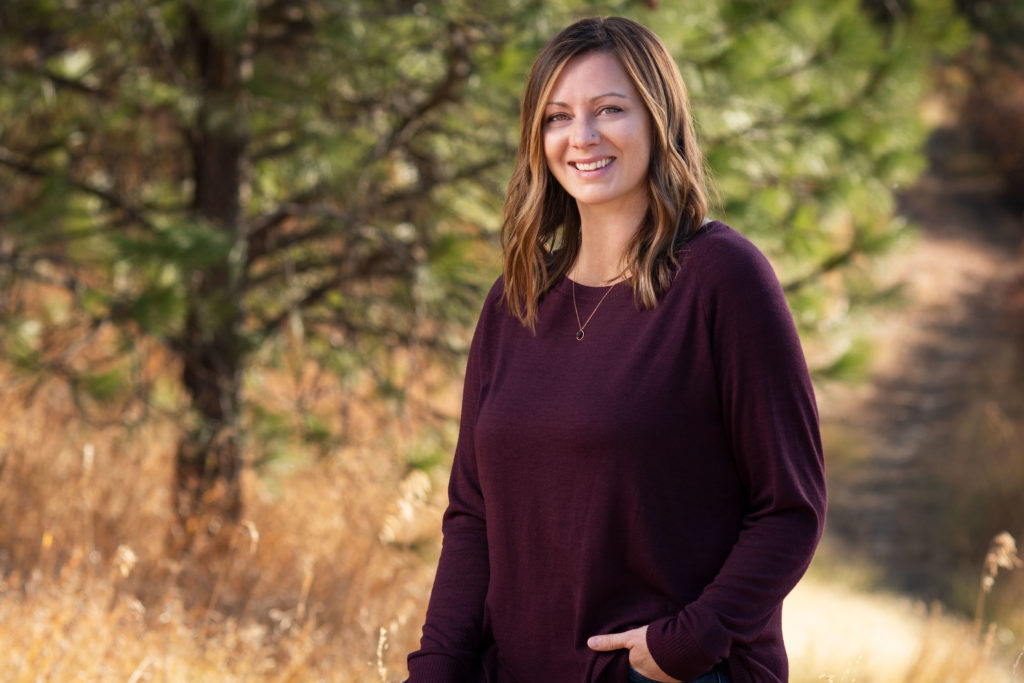 A Louisiana native, Ali and her family settled in Spokane in 1983. She graduated from Spokane Falls Community College with an associate degree in education and business in 2001. Over the next five years, she worked in retail management – including a stint in Hawaii – before joining ACS as office manager. Ali currently works part-time in support of the ACS staff, doing everything from printing and filing to case management. In addition to volunteering in her community and at her son’s elementary school, she’s also an entrepreneur, combining her loves of creating, natural medicine, and event planning.